Female Voice Actor Debbie Grattan covers some of the pros and cons to consider when hiring a male and female voice actor for a voiceover project..

I read recently that there are over 3.3 million commercials playing each day just on the radio alone! That number is staggering, but it’s good news for me, because every one of those spots needs a voice talent.

I find most people don’t pay all that much conscious attention to commercials. We’ve gotten very good at tuning them out (I bet the advertisers really hate hearing me say that). That’s why we are being bombarded with more and more advertising messages each day. The average person sees and hears anywhere from 300 to 3000 individual ads per day in a variety of media formats. It’s a numbers game. The advertisers know only a few messages will get through so they have to throw more and more messages at us in hopes the right ones will stick. Talk about a competitive environment!

It’s very interesting to take a look at the factors that most influence the effectiveness of a radio or television commercial actually registering with its intended audience. One component which sometimes gets overlooked by the average consumer is the voice talent doing the speaking. 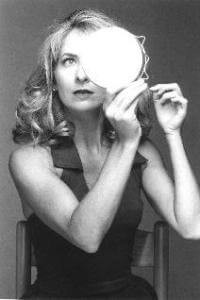 Celebrity Voice Overs On the Rise

Why choose these voices? In the case of many of them, they actually have very distinctive ways of speaking that would probably not translate into big bucks if the average voice talent had the same way of speaking. Their voices are recognizable to the average person, but I don’t think most people realize who the voice is when they hear it. There is a comfort and familiarity that is largely unconscious. And, advertisers LOVE to do things in the unconscious part of our brains. That’s how they get us to take action, by pushing buttons that we don’t even know we have.

So the famous voice actor can have some effect on the average listener, but what about the basic difference between an unknown female voice actor versus an unknown male voice actor? Does it matter which sex you hear on the spot? Sex sells, but which sex sells better? Of course, that depends on who you’re talking to.

Here’s one theory, which is based solely on my real life experience living with my husband. Women are much more “shopping” oriented than men. Duh, right? But, let me elaborate a bit.

My husband doesn’t shop. He goes to the store when he actually NEEDS something. I rarely see him come how with something he didn’t intend to get when he left the house. I’ve seen other men do this too and I find it mildly intriguing.

I, on the other hand, have a hard time NOT getting things I don’t actually need. Especially if they are marked down 50% or more. My husband and I have had some interesting discussions around this, and I’ve learned to control some of my urges in this area, most of the time.

I think that women are much more “suggestible” when it comes to getting them to buy stuff they don’t actually need. And, that’s often what the advertisers want all of us to do. Heck, if everyone only bought stuff they actually needed, this country would be in a world of hurt. Just look at what happens when people stop consuming so much… Our economy takes a dive pretty quick.

I firmly believe that for most products and services, your odds of selling are better if you target female buyers. Simply because female buyers are, on average, more prone to want to shop. And, more shopping automatically leads to more buying.

One really great way to get a woman to listen is to have your commercial sales pitch delivered by a female voice actor. We women tend to trust each other. We have a special bond that men just don’t get. I notice I am much more tuned into ads that have a pleasant sounding female voice actor, than ads with a man’s voice. I may still listen either way, but I feel more comfortable and at ease with a woman’s voice in general.

Reasons Why a Female Voice Actor Can Be a Better Choice:

1. Women pay more attention to radio and TV commercials. Because of that, advertisers often target the female audience. Just watch an hour of prime time television (other than sports) and ask yourself for each ad, “Was that ad aimed at a man or a woman?” You’ll find most ads are aimed at women.

2. Women can be more believable in a voice over, because in general, they are perceived as less aggressive, softer and more easygoing than a male.

3. Women can speak to other women (trust factor, friend to friend, confidant) AND also to men, with the sexy, sultry style that is attention grabbing for the male.

4. Women can be perceived as intelligent, without being oppressive, or dominating, in a way that works well for corporate video, training industrials, e-learning, etc.

It’s interesting to note that many times, men are portrayed as dopey and unintelligent in commercials. Do you think the advertisers would be doing that if men were the target audience? Advertisers know that women enjoy commercials that make women look superior to men.

So, here’s the thing. If an advertising firm is making this decision, then they’ll be factoring in this type of analysis and research to determine which voice will work best. But, I sometimes find that the person making this decision is not an ad agency but the end client. And, in this case, it can sometimes be nothing more than the client’s own comfort level with their own gender or the opposite gender. Clients may ignore the advice of the person to whom they’re paying a large sum of money to manage their advertising, simply to follow what “feels” best to them. While I believe in following your feelings and intuition, sometimes you have to follow the advice of the expert.

For your next commercial spot, really give this some thought and put yourself in the mind/ear of your target market to hire which type of voice is a better fit and will yield the best results.

Distinguish Yourself as a Voiceover Artist with Voiceover Demos

On Breaking Into Radio and TV Commercial Voiceovers

True Beauty in Voiceover – How Do We Perceive Ourselves?

Hire a Pro Commercial Voice-Over Artist for Your Next Commercial

How Does Voice-Over Work in Movies?

How to Become a Dubbing / Voice Over Specialist

How Does Movie Dubbing Work? A Step-by-Step Guide